Headscissors are some of the most often-used and efficient holds in women’s competitive mat wrestling.
A Headscissor is an extremely efficient way to extract a submission in
competitive female wrestling (see some of the DWW matches) and though
it is used in professional matches too, it will seldom yield a submission there, as much more spectacular holds are used as finishers there.

A head scissor can be applied from a variety of
positions, however the most efficient way is with the defender on her
back on the mat and the attacker applying her scissors from the side. This way, she can even immobilize one of the defender’s arms.

Head scissors are usually applied from a
ground-wrestling position, after the two opponents have been struggling
on the mat for a while. The attacker maneuvers herself into position
catching her opponent’s head between her legs. She then clutches her
legs together at the ankle and begins to squeeze. In competitive ladies
wrestling matches, a well-applied headscissor will often yield a quick
submission.


Possible escape: provided the
attacker doesn’t pour too much pressure into the hold immediately, the
defender can attempt to separate her attacker’s legs at the ankles with
her free arm. Once she succeeds in doing that, her opponent will find
it impossible to tighten the hold. 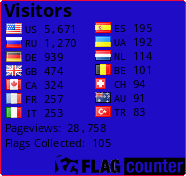 WELCOME IN MY BLOG